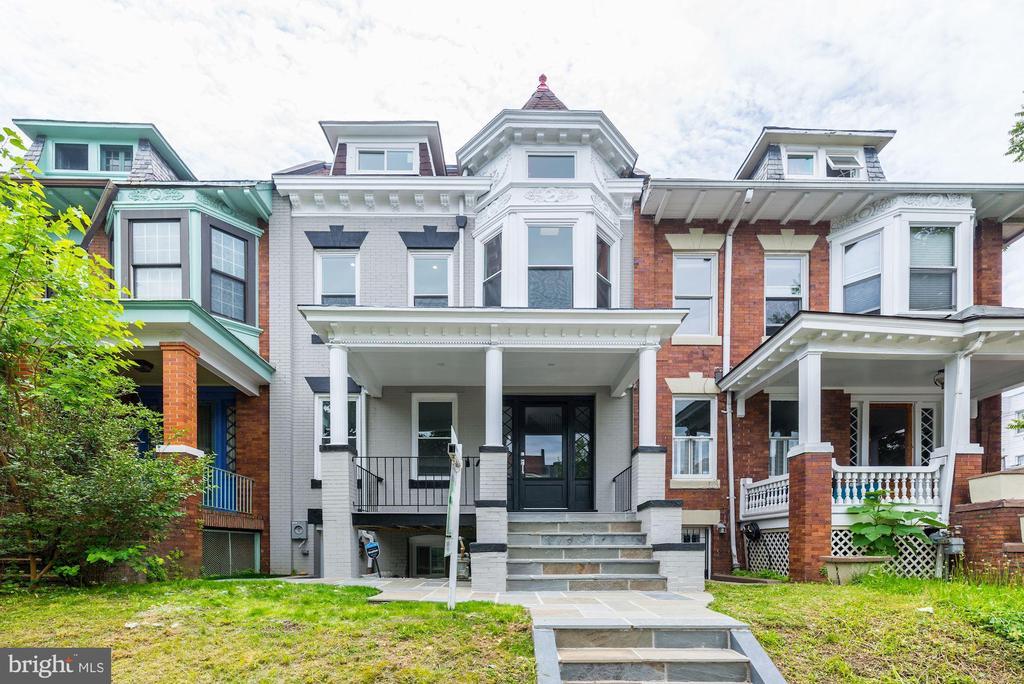 Goodman, Realtors® is your devoted and reliable leader for real estate in Washington DC. For Everything Real Estate, GET GOODMAN!

We have years of experience selling in DC, everything from a studio condominium to a multifamily apartment building.

Properties in Washington DC are flying off the shelves. Demand is high and supply is low so make sure to take advantage of the market while you can. Georgetown and Dupont Circle has been the anchor of the city’s real estate for years. However, with recent trends and emergence of Logan Circle the U Street Corridor, demand seems to heading East. That could be do to prices or just the emergence of new and exciting night life and social attractions.

Capitol Hill has always been a high demand area to find town homes. However, recently that demand has increased. The demand that was once around Union Station has spread East. The H Street Corridor has brought a Georgetown feel to the area with the opening of restaurants, shops, and nightlife. Eastern Market has also influenced the trend eastward with boutiques, coffee shops, and new restaurants. Watch as the city’s real estate demand expands east towards RFK Stadium and South towards and past Nationals Stadium.

The Dupont Circle Park provides seating around a beautiful central fountain and entertainment with its permanent stone chessboards for both tourists and local alike. The neighborhood, which is listed on the National Register of Historic Places, is home to numerous embassies, many of which are located in historic residences. The neighborhood in itself has become very trendy with the variety of shops, bars and nightclubs.

The area’s rowhouses, primarily built in 1900, are the larger dwellings compared to a concentration of condominium properties. While Dupont has been named one of the most expensive DC neighborhoods, it goes without saying that one will pay for the comfort of living and lounging in the same neighborhood.

Many commuters connect into DC from MD via Clara Barton Parkway and MacArthur Blvd or from Northern Virginia from the linking Key Bridge across the Potomac. There are no Metro stations within the immediate neighborhood although there are three stations roughly 1 mile from the center of Georgetown. Those stations are Rosslyn, Foggy Bottom-GWU, and DuPont Circle.

M Street- the main two-way street through Georgetown is predominately commercial space, which include many internationally recognized and high-end retail flagship stores. The dense residential area consists of primarily quaint early 20th Century townhomes. Its later century real estate can be found along the waterfront in low-rise condominium buildings.

Georgetown is home to the beautiful Dumbarton Oaks and Capital Crescent Trail. The Key Bridge Boathouse is popular for its seasonal Potomac River activities. Local employees and residents flock to the Georgetown waterfront after work for dining and drinking at its handful of popular restaurants with attractive outdoor seating. For tourists, after a day of sightseeing, shopping in Georgetown is an easy escape every spring and summer.

This area has recently launched into a new redevelopment phase, so much so that it has been coined the “New U”. There are multiple construction sites breaking ground and numerous rental and condominium developments have already been released. This new real estate only adds to the established Brownstones and colorful Victorian homes. From this revitalization as well its proximity to Howard University, accessibility to U-St Metro station and walking distance from Meridian Hill Park, the area has become increasingly desirable- this influx of population and demand is demonstrated in its increasing rental prices and home sales.

In the U-St Corridor, quiet business days contrast the loud nights. Dynamic restaurants and cafes offer countless alternatives to occupy your evening.  Being home to the Lincoln Theatre, Howard Theatre, Bohemian Caverns, 9:30 Club, the Black Car and U Street Music Hall among others, the area is popular for its music venues and allows people from all walks of life to come together for a common love.

The “New U” Street gives you the historic taste of old DC along with the new age developments.

Logan Circle is the fastest growing and most densely populated neighborhood in the District. Although best known for its eclectic Victorian style housing, Logan Circle has various high-rise apartment projects set to break ground, mainly along the 14th Street corridor. Being a few blocks removed from the hustle and bustle of downtown DC, Logan Circle residents have the luxury of enjoying their own park and statue. Another neighborhood attraction is the Studio Theatre, which has been a staple of the neighborhood for over 30 years.

The area is zoned for Garrison Elementary and Seaton Elementary. There is no assigned metro station within its boundary so many take advantage of the Circulator bus and Metro’s 52 and 53 bus lines.

With so much new life and the beautiful, historical aspects of Logan Circle, it has blossomed into a highly sought after neighborhood.

Located in the Northwest quadrant of Washington, D.C., Columbia Heights borders the neighborhoods of Shaw, Adams Morgan, Mount Pleasant, Park View, Pleasant Plains, and Petworth. The streets defining the neighborhood’s boundaries are 16th Street to the west; Spring Road to the north; Sherman Ave to the east; and Florida Avenue to the south. It is served by a subway station stop on the Washington Metro Green and Yellow Lines.

Columbia Heights is an extremely diverse neighborhood, full of people, stores and restaurants. Mainstream entertainment and Big Box shopping has transformed the area into contemporary commercial lifestyle. Columbia Heights’ Tivoli Theater recently renovated and has become an evening neighborhood favorite. The mural-covered side streets are amidst the early 1900 rowhouses and newer upscale developments.

The concentration of studios and other small living spaces in this neighborhood is at near-record heights. Adams Morgan has a higher proportion of apartment complexes or high-rise apartments than nearly every neighborhood in the country. The area isn’t known for its historic row homes or calm side streets, although it has both; Adams Morgan is the mecca of DC nightlife. It is a destination for live music venues, rowdy dive bars and late-night restaurants.

The Georgia Ave-Petworth Metro Station keeps Petworth well connected to the rest of DC. Students can enroll in Truesdell Education Campus, Powell Elementary School and Roosevelt Senior High School or any of its few Public charter schools. Petworth holds its annual Upshur Street Arts and Crafts Fair in December, weekly Community Farmer’s Market on Saturdays, and will host its second annual Celebrate Petworth street festival in 2015. The neighborhood is known for its close-knit community and abundance of independent businesses.

Capitol Hill is the largest historic and one of the oldest residential neighborhood in Washington, DC. It straddles two quadrants of the city, Southeast and Northeast. To the east of Capitol Hill lies the Anacostia River, to the north is the H Street corridor, to the south are the Southeast/Southwest Freeway and the Washington Navy Yard, and to the west are the National Mall and the city’s central business district.

Capitol Hill owes its name to the iconic congressional building that overlooks the neighborhood and is the workplace of many residents of the Capitol Hill neighborhood. The area is largely residential composed predominantly of rowhouses of different stylistic varieties and periods. Side by side exist early 19th century manor houses, Federal townhouses, small frame dwellings, ornate Italianate bracketed houses, and the late 19th century press brick rowhouses with their often-whimsical decorative elements.

The main non-residential corridor of Capitol Hill is Pennsylvania Avenue, a lively commercial street with shops, restaurants and bars. Eastern Market is an 1873 public market on 7th Street SE, where vendors to this day, sell fresh meat and produce in indoor stalls and at outdoor farmers’ stands. Weekend flea markets and street fairs bring residents and tourists together.

Southwest Waterfront is bordered by Navy Yard and Capitol Hill. Adjacent to Nationals Park and one of the few residential areas in Southwest DC, this neighborhood has been evolving at a rapid pace. New apartment complexes are emerging among older brick row houses along Southwest Waterfront’s residential side streets.  Much of the area consists of glass-facade condominium complexes

Southwest Waterfront provides an urban-residential experience with easy proximity to many of DC’s big-ticket sights. The neighborhood is continually adding restaurants, cafes, and exciting nightlife haunts to its entertainment collection. Most recent plans include a major renovation of the historic Maine Avenue Fish Market, the oldest open-air market of its kind in the United States.

The resurgence of the Southwest is further testimony to the increasing demands to own real estate in the flourishing Capital of the US.